Best Anime Series of 2002 – All About Haibane Renmei & Azumanga Daioh

I’m really interested to look at 2002 because the year contains one of my favourite series (Azumanga Daioh) and the series that came out on top on the decade list I made (Haibane Renmei). I want to know how they actually rank against other series and am rooting that they do well! Below are a list of the top 10 series from this year based on the various Western source. I have also interested a few interesting findings from this research and an initial comparison with the 2ch list, which produce markedly different results.

END_OF_DOCUMENT_TOKEN_TO_BE_REPLACED

After a few posts on AKB48, here it is back on an anime topic. Many people on the netsphere considers 2007 to be one of the best, if not the best years of anime. They certainly contain some of the most well-known animes, both widely and within specific anime community (Death Note, Gurren Lagann, Lucky Star, Nodame Cantabile among them). Therefore, this is the year that I am particularly interested in seeing which anime series comes out on top.  Note that similar to other analyses I did recently, I am considering an anime to be of a particular year based on when it finished, thus Code Geass, Death note and Nana (all released in late 2006) are considered as 2007 anime in my book.

END_OF_DOCUMENT_TOKEN_TO_BE_REPLACED

Now that I have just over a month of free time before I start working again, I finally have some time to write a few more articles for my blog. Since we are still have a year away from a 2013 anime review, I am going back in time and catching up with earlier years, which brings us to 2009.  Here are the top ten anime series based on composite scores from different anime websites:

END_OF_DOCUMENT_TOKEN_TO_BE_REPLACED

Best Anime Series of 2012 – Meta Analysis From around the Web

Another year, another set of animes to analyze. Similar to previous years, I try to collect as much data from around the web as I can to see what are the best anime series in 2012. Coming into the exercise, I have no idea what good series there are that I should follow so this yearly analysis benefits me as much as anyone else. I hope a few of you also find some use in it too!

END_OF_DOCUMENT_TOKEN_TO_BE_REPLACED

One thing I sometimes wonder is how movies from all the great directors stack up. Over the last decades, the four directors whose films consistently come up on the best of list are Hayao Miyazaki, Mamoru Hosoda, Satoshi Kon and Makoto Shinkai. I also want to add Mamoru Oshii in to the mix as well. To judge which films are better than others, I look at their rating across the websites listed below. Note that the methodology is similar to the one I used to measure the Ghibli films:

END_OF_DOCUMENT_TOKEN_TO_BE_REPLACED 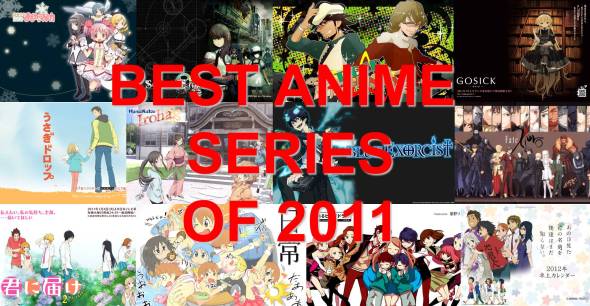 We are now in 2012 and that tells me that it is time to visit all the polls, wrap-ups, ratings of anime in 2011 and see which one is rated above all others in 2011. I still like having a comprehensive ranking that I can personally look to with some confidence for the best animes to watch over the last year (considering I’m so far behind and have not heard of most of the top 10 before I wrote this!). Unlike 2010, there seems to be a consensus that 2011 is a very good year for anime with as many as five titles acclaimed as the best in the last few years. The roster at the top is more loaded with a clear consensus on what the top animes are. I sure cannot wait to watch them alll!

I have now also extended the data research to cover MAL among others, making the list more comprehensive that the 2010 version.

END_OF_DOCUMENT_TOKEN_TO_BE_REPLACED

In the very first post in this blog, I wrote about an analysis of the most highly rated anime of the last decade. However, the post is definitely for serious anime fans only as most people will likely have a hard time recognizing a lot of those titles in the top 10. I would like to use this post as previews of each series in the top 20 and hopefully entice the reader to check them out:)

Similar anime titles (if you like this, what else you should check out): Mushi-shi, Kino’s Journey, Someday’s Dreamer

Synopsis: Rakka, a newly born Haibane (Angel), awakens into an unfamiliar world with only a strange dream of falling from the sky as her only memory. Alone and scared of who and what she is, she is cared for by fellow Haibanes as they try and search for the meaning of their existence as well as what lies beyond their town’s imprisoning walls. [ANN]

Cons: Nothing happens; Pace can be very slow

In My Own Words: Story is originally based on a doujinshi produced by Yoshitoshi ABe (Serial Experiment Lain, Niea_7) Series was ranked FIRST 7 times (the highest frequency) and also rank in the TOP FIVE 14 times (also the highest). THis is also the only series on the list for Radix. I also love the soundtrack in this, especially ‘Ailes Grises’

END_OF_DOCUMENT_TOKEN_TO_BE_REPLACED

This post is a continuation of the top 100 anime series analysis I posted earlier. This time, I want to look at the directors, who are most responsible for shaping the series to be as good as it is (at least that is my assumption anyway). To tell you the truth, I am as guilty as anyone in not being able to name the directors of a lot of my favourite anime series, so this is a pretty good exercise for me to recount them. Also, I hope you also find it useful as a brief guide of which director has the best track record and that you should probably pay some attention if you come across their names in any future anime. I will be listing the directors who have more than 1 features in my top 100, as that should somewhat suggest a sustained pattern of excellence for these directors, from most number of titles first. 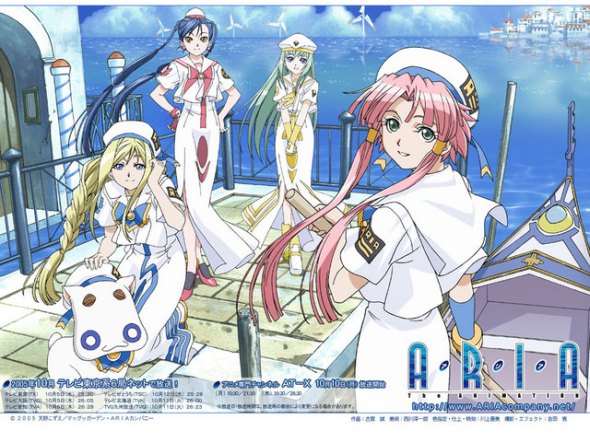 Comment: He tops the list but 3 of his 5 comes from the ARIA franchise. He also directs ARIA The Arietta (Another OAV from the franchise). The only surprise for me about this guy is he directed Sailor Moon back in the day! He definitely have some longvity over 1990s and now 2000s

END_OF_DOCUMENT_TOKEN_TO_BE_REPLACED

Having been able to collect data up to 2005, I got a bit curious about how the segmentation of the movies and how many ‘original’ anime films are actually released in each year, as opposed to ‘sequels’ or ‘franchise’. The root of this comes from the fact that in my top anime of 2000s analysis, there are only 34 films good enough to be listed in the whole decade (3.4 films a year). The number sounds a little on the low side (Only under 4 good anime films released per year?), so I want to substantiate that by looking at all movies being produced during the same period and put this number into a bit more perspective.

When analysising the group type of the films, I have separated them into 3 categories as followed:

a). Original – Films that are not based on any prior anime series or franchise

b). Sequel – Follow-on from anime series or movies

c). Franchise – Part of a franchise of anime or game series. Tend to relate more to more popular series