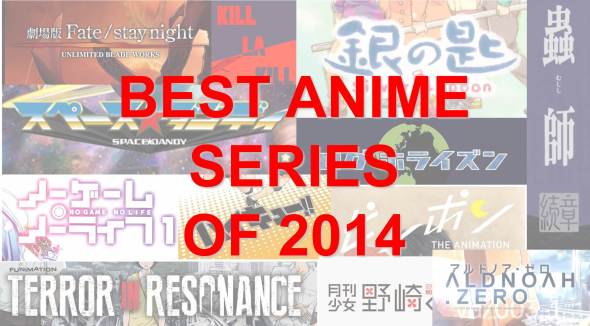 Another year has passed and it is time I go back to looking at what are the best anime series of 2014 compiled and calibrated from all the English blogs, rating sites and votings from around the web. Same rule goes as my previous entries: 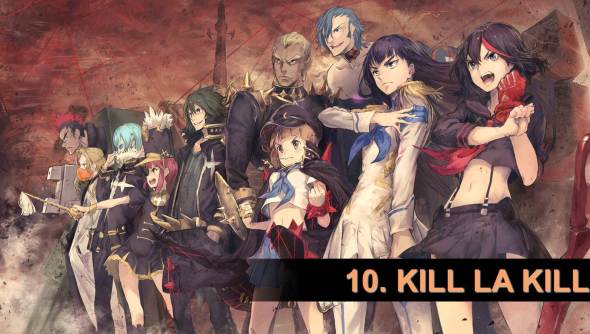 Watch if you like: Gurren Lagann, Panty & Stocking with Garterbelt, FLCL

One-Line Synopsis: Matoi Ryuuko, the woman with the scissor blade’ is a vagrant girl traveling in search for clues to the truth behind her father’s death

One-Line Synopsis: Hachiken starts a new semester at Oezo Agricultural High School and continues to discover the harsh and beautiful realities of the countryside

My take: I just notice that Goose House does the theme song performance for them. Pretty cool since I have been following the myself on youtube on the various J-Pop cover they do. 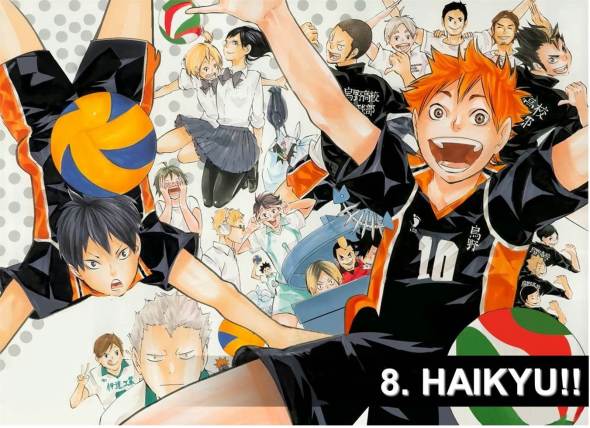 Watch if you like: Sports, Volleyball, Kuroko’s Basketball, Hikaru no Go

One-Line Synopsis: Shoyo Hinata joins force with his former rival Kageyama Tobio to take on local volleyball tournaments on their way to the nationals

Director: Ishizuka Atsuko (also directed Hanayamata, another series ranked XX this year. The only female director (also at only 35) on the list)

One-Line Synopsis: Sora and Shiro, legendary gamers who are also NEETs and hikokomoris, are summoned to an alternate world to save Humanity from extinction

One-Line Synopsis: High school student Sakura Chiyo becomes an assistant to her classmate Nazaki, a renowned shoujo artist, to try to get closer to him

Watch if you like: Usagi Drop, Silver Spoon, Calligraphy

One-Line Synopsis: Handa Seishuu is sent to Goto island after punching a famous curator for criticizing his work and must adapt to the country life after being in the city all his life 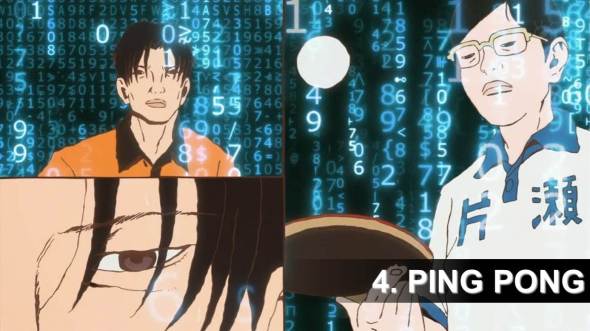 One-Line Synopsis: Tsukimoto “Smile” Makoto and Hoshino “Peco” Yukata are in the local tennis club and with the help of the club teacher strive to become better at the game

One-Line Synopsis: Gorn Freec is on a quest to follow his father’s footsteps to become a Hunter, an elite class with a licence to go anywhere and do anything

Watch if you like: Action, Fate series, Claymore, Mai-HiME

One-Line Synopsis: Shiro Emiya finds himself drawn into a  battle to the death between seven magi called Masters, where each commands the spirit of a hero of legend called a Servant in pursuit of the legendary Holy Grail

My Take: I was pretty impressed with the Fate Zero 2 years ago so with the same animation studio behind it, I can see this one being equally as polished. Is this a retelling? It’s interesting how there seems to be so many version of this Fate series that I can’t keep up with how they all relate anymore! 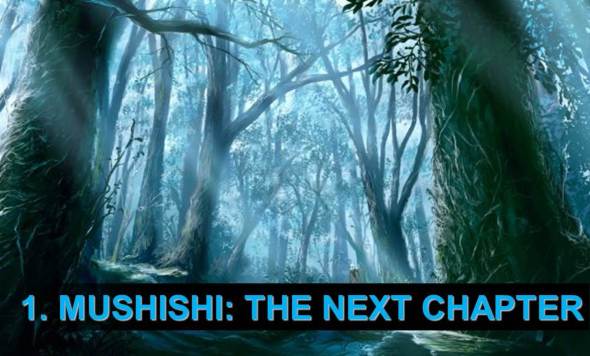 One-Line Synopsis: Ginko, the Mushi Master, is still on the quest to encounter, study and deal with the mysterious mushi along his journey into the unknown

My Take: I am glad to see this series topping the list considering how highly the first one was rated a decade ago.

Out of these, I am most excite to watch Haikyu!! and Ping Pong (good sports animes are always fun to watch) and may check out Kill la Kill and Fate (actions for both look amazing). Mushi-shi is also in the to-watch list but I will have to be in the right mood before picking it up. What do you think? Is there any series you wish had made it to the top ten?

Something Aweful [SA] –  Based on their year end thread to ranking anime series in 2013, I have collected information from 84 users

Anime News Network [ANN] – Ratings as given in Animenewsnetwork.com

My Anime List [MAL] – Ratings as given in MyAnimeList.net

AniDB – Ratings as given in AniDB.net

Anime Planet [AniP] – Ratings as given in AnimePlanet.com

The weighting again is loosely based on the number of voters/users/raters each source has.

* I looked at the inclusion of other review sites (The Nihon Review, THEM Anime, IMDB, Star Crossed Anime Blog) but they do not really have too many reviews of these series so I am excluding them

I use the same methodology as my analysis from previous years. Here are the recap:

Similar to the previous years, I owe part of my research to these bloggers with their best anime lists: